Doi Lang is the second highest mountain in Thailand at over 2000 meters in altitude.

“Really enjoyed the company of Grace and Jackee during the 4 day trip to Doi Lang. Besides recording 103 species, we had a lot of fun and the food was great! Excellent views of some of the birds. Notables were spot breasted parrotbill, rufous gorgetted flycatcher, Himalayan cutia, Siberian bluetail and a swag of laughing thrushes. As Arnie once said. I’ll be back!” Contact DN from Australia about his Doi Lang Birding Tour with us.

This birding tour is to the best spots for Northern Thailand. It combines all habitats and altitudes for most of the birds found here. . The accommodations are clean and comfortable and they will do an early breakfast for us with delicious food. We will take a lunch with us prepared by the kitchen at the bungalows. Dinner will be several dishes of delicious Thai food.

A minimum of 3 to 4 days is needed for this tour to cover both Eastern and Western slopes of the Doi Lang mountain and transportation from and return to Chiang Mai Thailand.

Select the Birds underlined in color to see our bird photo taken while on this tour.

Day 1,
We will meet you his morning at 6:00 AM in Chiang Mai and travel 40 minutes to the area for birding at Chiantg Dao. After arriving at the birding area in Chiang Dao we bird the tall forest here has Puff-throated Bulbul, Black-headed Bulbul, Striated Bulbul, Red-whiskered Bulbul, Two-barred Greenish Warbler and Warblers.

We then have lunch then on to Fang and Thaton for the evening. (2 hour drive). Here we will check into your bungalow with hot shower, air conditioning and western style toilet. We then enjoy a nice Thai food dinner. The Crimson Sunbird makes the area at the bungalows their home.(L,D)

Day 2,
This morning we have breakfast at 5 AM and depart for San Ju on the Western sloop of Doi Lang. . This area is the preferred habitat of Mrs. Hume’s Pheasant and Mountain Bamboo Partridge, which are seen regularly. From here to the army checkpoint at marker 35.1 where the habitat is a mixture of open dense grassland with stands of scattered oak and pine. The undergrowth supports the White-bellied Redstart, Rusty-cheeked Scimitar Babbler, White-browed Laughingthrush, Aberrant Bush Warbler and Grey-crowned Warbler. Larger pines should be checked for Giant Nuthatch, and the oaks for Sapphire Flycatcher, Himalayan Cutia and Rufous-backed Sibia among others. Odd rarities have turned up, such as Scarlet Finch, White-gorgeted Flycatcher, Velvet fronted Nuthatch, Rufous-gorgetted Flycatcher, Slaty-blue Flycatcher, Silver-eared Laughingthrush, White-browed Laughingthrush, Greater-necklaced Laughingthrush and Rufous-bellied Niltava. The forest edge and open grassland around the Army Camp, and for a kilometer or so after, can be good for buntings, with Little Bunting, Crested Bunting and Chestnut Bunting, Brown Bush Warbler and Pale-footed Bush Warbler in winter. Crested Finchbill and Brown-breasted Bulbul occur seasonally and Mountain Bamboo Partridge is often at field edges. The Spot-breasted Parrotbill, Grey-headed Parrotbill, Siberian Rubythroat, Blue-breasted Flycatcher,  Small Niltava, Grey-capped Pigmy Woodpecker, Stripe-breasted woodpecker, lesser Yellownape woodpecker. . On the way back down the mountain we make 2 stops where these are often seen. Return to the bungalows for the evening. (B,L,D)

Day 3,
This morning we have breakfast at 5 AM and depart for the Eastern sloop of Doi Lang. Most of this road is not paved so we will need to hire a covered pick-up to take the dirt road, it will be bumpy but well worth the trip as the rarest birds found in Thailand are here.

The road passes various areas of open and closed evergreen forest and, although some sections are rather steep, anywhere along here is worthy of inspection. The Asian Jungle fowl may be seen many times on the road if front of us. Rufous-throated Partridge can often be heard, and other possibilities include Eyebrowed Wren-Babbler, Aberrant Bush Warbler, Large Niltava, Fire-capped Tit, Red-headed Trogon, Himalayan Bluetail, Yunnan Fulvetta and White-necked Laughingthrush to name but a few. In cold winters migrant thrushes could include Eyebrowed Thrush, Chestnut Thrush and Black-breasted Thrush. Just before the upper army camp tall evergreen forest with many epiphytes and lichens start to appear and look good. Around here can be good for Golden Babbler, Crimson-breasted Woodpecker, White-headed Bulbul and Chestnut-headed Tesia.

We then travel on to the Army Camp near the summit where they feed the birds with rice scraps and fruit, so that several species are confiding and easily photographed behind the camp, including (Red-faced) Scarlet-faced Liocichla, Himalayan Bluetail, Dark-backed Sibia, White-bellied Redstart, Red-tailed Laughingthrush, Ultramarine Flycatcher and often Rufous-gorgetted Flycatcher, White-bellied Redstart. Blue-fronted Robin, Orange-bellied Leafbird  Occasionally Rufous-throated Partridge wanders through the area. As these local birds consume a fair amount of food throughout the day it’s a welcome gesture to bring a large bunch of bananas to assist the army staff to feed them.

Immediately after the army camp the road descends a fairly steep slope and then continues, more or less on the level, for a couple of kilometers. It is well worth walking this section as most of the area’s specialties have been found her from time to time, including Black-throated Bushtit, Yellow-browed Tit, Crested Finchbill, Black-eared Shrike-babbler, Chestnut-crowned Warbler, Long-tailed Sibia, Whiskered Yuhina and Crimson-breasted Woodpecker. Forest understorey species include Chestnut-headed Tesia, Slaty-bellied Tesia, Lesser Shortwing, White-tailed Robin and, very rarely Spotted Elachura. Also White’s Thrush, Rusty-cheeked Scimitar Babbler and Grey-headed Parrotbill. It’s a good area for Bay Woodpecker and Rusty-naped Pitta. Return to the bungalows on the same road spotting birds along the way. (B,L,D)

Day 4,
This morning we have breakfast at 6:30 AM and depart for Chiang Mai. We travel to the first Army check point we passed yesterday and bird there. We then turn left on paved road and follow the base os Doi Lang and spot lower level birds at and altitude of 1800 meters and lower. There are many species here not found at the higher altitudes on Doi Lang or the birds a lower altitudes like in Chiang Mai and Chiang Dao.

Return to Chiang Mai and your hotel. (B,L)
End tour, this is a private tour.

Contact us by filling out the form below. We will then get back to you with a custom detailed itinerary and price. Price depends on how many persons in your party

‘Thailand Pass’ registration scheme to be lifted from 1 July 2022
At the point of entry into Thailand, travelers will only need to show proof of either a certificate of vaccination or a negative RT-PCR or professional ATK test result within 72 hours of travel. 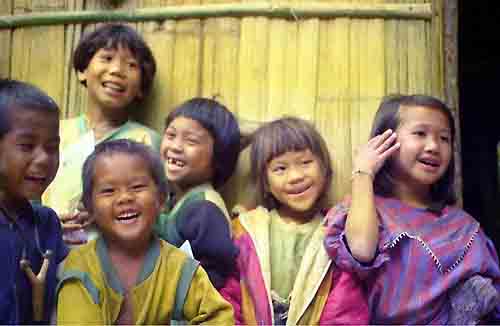 A tour with us helps Orphan children and poor families in need. 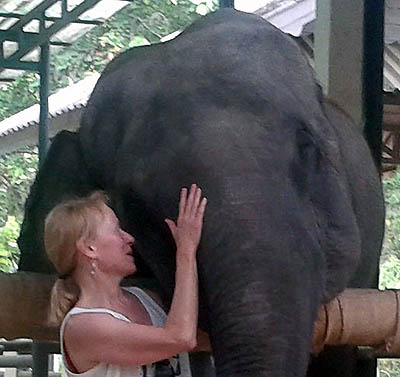 We support Friends of the Asian Elephant Hospital in Lampang Thailand.

Our Thailand travel and festival videos 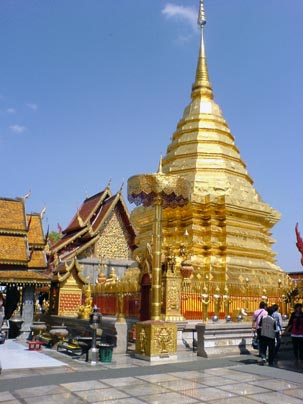 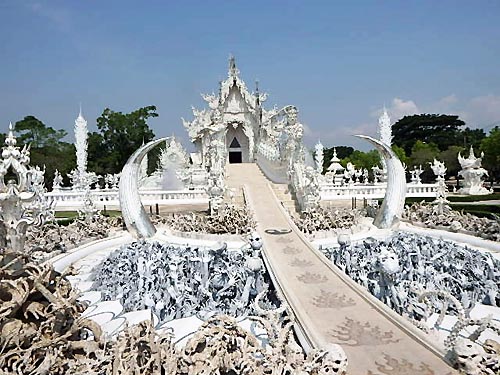 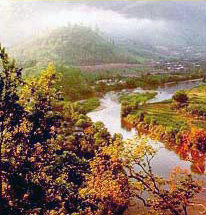 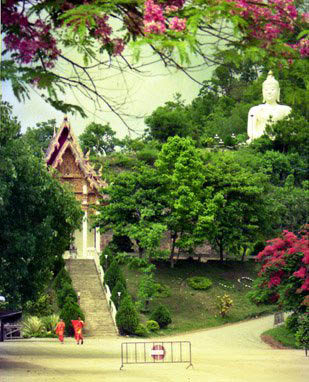 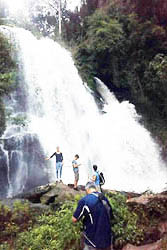 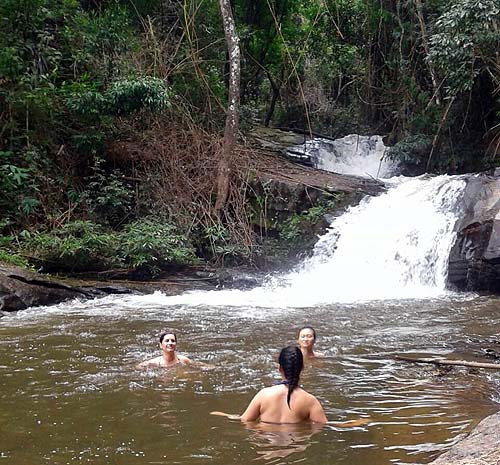 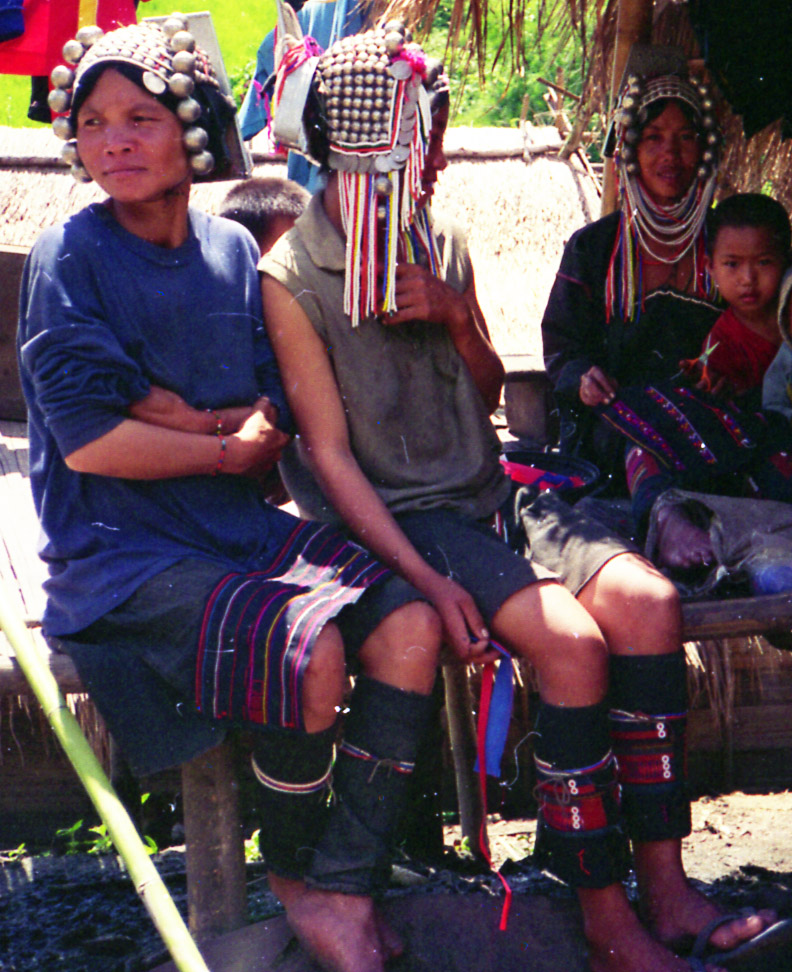 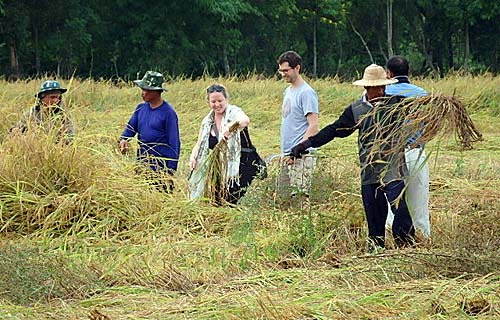 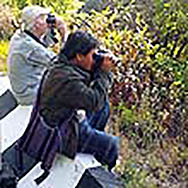